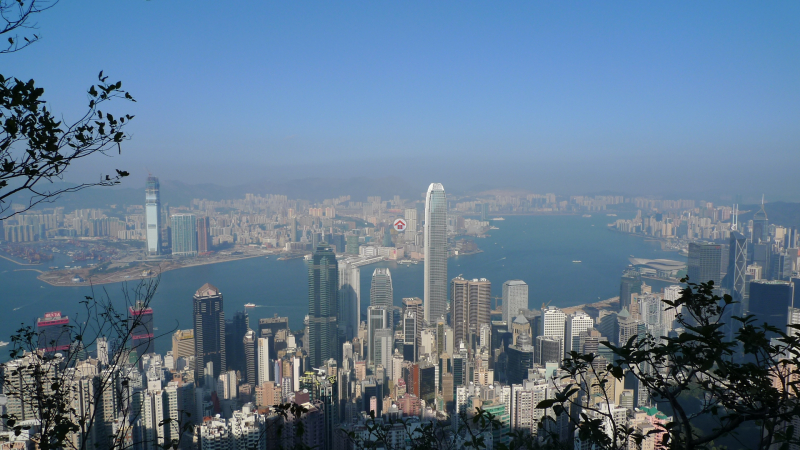 Hong Kong's industrial property market has experienced some testing times over the past half-century and the challenges have been multifaceted ever since its industrial activity began. Certain fluxes to Hong Kong's industrial operations since 1950 appear to have coincided with changes to the economic and manufacturing activity over in Mainland China. This, in itself, has caused some disruption. But when combined with the enormous demand over the years from both the residential and commercial property market, it has resulted in some contentious issues relating to industrial land space & building use. For instance, the lack of industrial land development to meet demand, pronounced increases in industrial building revitalisation and 'displacement demand' are all factors that have lead to a debate about suitable corrective measures. Today, the industries least affected are those occupiers seeking space for alternative use, such as businesses related to technology and innovation. For investors, buying industrial property can be a lucrative option. Oneday.hk explores some of the considerations for both industrial tenants and investors by looking back at how Hong Kong's industrial property market has been shaped over the years.

Prior to Hong Kong's period of industrialisation, the city and harbour were mainly used as an 'entrepot' (a place where merchandise was either traded, stored or transshipped), and it largely remained that way up to the early 1950s. From around the 1950s onwards, the city started to transition into a manufacturing based economy with textile and shipbuilding industries being the backbone. Meanwhile, over in Mainland China, significant numbers of Chinese industrial capitalists from regions such as Tianjin, Shanghai and Guangzhou had been purchasing manufacturing equipment in order to ramp up their manufacturing production efforts to pre-war levels. But as the Chinese Civil War brewed (1945-1949), many of these Mainland Chinese companies decided to relocate much of their equipment to Hong Kong warehouses to continue production. It is with this relocation, that these Chinese capitalists brought skilled labour, technology and money with them to Hong Kong. After the war had ended, however, the Chinese facilities and equipment used in Hong Kong remained, partly causing the rise of its manufacturing industry over the following years. You could say that it was a good time to be in manufacturing or investing in industrial property!

As Hong Kong's free market economy grew rapidly after WW2, so too the did demand for residential, commercial, and industrial real estate. But back across the border in Mainland China, with its vast land space and highly populated rural areas offering cheap & abundant labour supply, it, too, had started developing by rapidly transitioning from an agrarian society to an industrial powerhouse. With its then comparatively low manufacturing wages, China's economy experienced massive growth as it quickly became the preferred destination for the relocation of global manufacturing facilities that eventually lead it to become the world's biggest exporter. Perhaps it’s easy to see, then, how this domination in global manufacturing would shape Hong Kong's manufacturing. By gradually shifting parts of their more labour-intensive production and manufacturing operations back across the Mainland border, Hong Kong's industrialists were able to increase the scope of their enterprises, but in doing so, the buildings they once occupied became vacant or under-utilised, and this meant that valuable land resources were going to waste.

How Hong Kong's industrialists have adapted to China's manufacturing power

As countries the world over started outsourcing their manufacturing to China, Hong Kong gradually entered a period of de-industrialisation. Hong Kong's imminent shift towards low value-added and light manufacturing operations meant that 'Made in Hong Kong' soon became 'Made by Hong Kong' as industrialists began focusing on things like brand-building. While Hong Kong's labour-intensive production and manufacturing continued moving to Mainland China, Hong Kong began to face a new challenge - the growing trend towards Chinese trade disintermediation (where manufacturers start selling directly to end-customers to achieve efficiencies and lower costs). As this new trend was emerging, the threats it carried with it became clearer. For Hong Kong to adapt, changes to the utilisation of its existing industrial buildings and physical warehouse space also started to emerge. Utilisation started moving towards high value-add production operations in an attempt to curb the threat of disintermediation that could see more customers deal directly with mainland Chinese manufacturers. Many of the new value-added industrial operations that started appearing in Hong Kong ranged from technology and information-based production activities such as data centres, printing & multimedia, computer hardware assembly, inspection and quality control, software production etc., to name just a few. While some forms of more traditional industrial activity and manufacturing do still exist in Hong Kong, this new trend is one that seems likely to stay.

The evolution of industrial buildings towards mixed-use real estate spaces

But it hasn't all been about China and the changes towards non-production based operations that have affected the industrial real estate market in the SAR, it's the blurring of lines between conventional property categories uses too - namely commercial offices and residential housing. The infiltration of commercial office space into traditional industrial areas and the redevelopment of industrial buildings for residential housing have become increasingly common as the market in Hong Kong strains under the pressures of demand. Carrie Lam, the CEO of Hong Kong SAR, even floated the idea of reactivating the 'industrial building revitalisation scheme' which previously allowed owners of industrial buildings to refurbish their building for other purposes without having to pay a hefty premium after the redevelopment.

The pressure on supply & demand for industrial property

As more industrial property gets sold on the open market to investors, a significant number of transactions have been made with the intention to redevelop it for residential or office use. Yet some industry experts say that if this trend continues without the Government provisioning more land to be developed into property for industrial activities, then it could further reduce the supply of industrial space, drive up the rental value, and raise the barrier for some industries to enter. Industrial tenants, especially those in traditional sectors, seem to be facing the brunt of the challenges. Amid the constraint of out-dated land use restrictions, a decline in overall industrial land supply, market demand leaning towards newer industries, the rezoning of existing industrial areas and buildings to make way for residential and office use, unfavourable lease terms and limited Government support, industrial tenants (especially traditional industrial tenants) seem to have fewer options. In such situations, it is common to see an increase in tenants wanting to relocate their production to cheaper areas in an effort to escape the escalating rents, property taxes, and improve their lease terms that could otherwise disrupt their business. This effect is commonly known as 'displacement demand'

Aside from the potential realisation of long-term capital gains that are possible, some of the other benefits of buying industrial property include lower stamp duties and comparatively cheaper prices to that of residential and commercial property. Industrial buildings in some of Hong Kong's more remote locations such as Northwestern New Territories could be worth investigating where properties with lower prices per square foot could benefit from large-scale government infrastructures such as the Hong Kong-Zhuhai-Macau bridge and the airport. Some of the detractors of investing in industrial property in Hong Kong include lower Loan-To-Value (LTV) ratios compared to residential property loans; any investor looking to buy either industrial or commercial property is bound to pay higher deposits. The reason is broadly due to the increased risks involved; for one, commercial and industrial loans are typically larger in size than residential loans, but also the business world can be very volatile with profits being less consistent and more unpredictable year over year. Central banks, such as the Hong Kong Monetary Authority may also periodically review the markets and require banks to strengthen their credit risk with respect to lending.