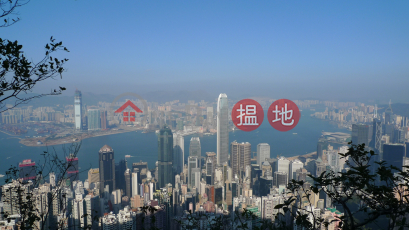 With Hong Kong's residential and commercial property continuing to reach astronomically high prices, some investors are turning to car parks as an alternative and attractive investment option. The reason? Generally speaking, the answer lies in the lower investment cost, the opportunity for good returns and the comparatively lower maintenance and repair expenses. But another very important reason is that there seems to be plenty of evidence to suggest the market for car park investments is strong, especially when looking at the significant growth in the number of private cars over the past 15 years. At first thought, it may seem counter-intuitive given the investment levels in Hong Kong's world-class public transport infrastructure and the continuous improvements to existing transit technology systems. There's also been some discussion in the media about possible declining car ownership in the years to come. Specifically, suggestions that owning a car could become less of a priority in the future due to the explosive growth in R&D around autonomous vehicles and predictions of a movement towards 'shared economies' where driverless cars will mostly be shared, not owned. If true, then perhaps more time is needed, because recent data suggest that people in Hong Kong are not quite ready to give up their vehicles and fully embrace this so-called 'car sharing economy'.

Private vehicle registrations are on the up

According to leading real estate consultancies and property valuation advisory service firms like JLL, private motor vehicle registrations in Hong Kong have been trending up and it's been widely reported that the number of private cars per 1,000 population increased from 50% in 2003 to 71% in 2015. But the important thing to remember is that despite this growth in motor vehicle registration, not enough car parking space in Hong Kong is being provisioned to meet the demand these new vehicle registrations. And when government-owned public car parks have had to close down for important and necessary redevelopment work, it only adds further fuel to the flame by putting additional pressure on demand. The resulting imbalance appears to be causing some vehicle drivers to seek desperate measures, too.

According to police statistics, there's been an increase in illegal car parking in recent years - a trend that is, apparently, showing no signs of abating either. Could this be a coincidence? Or a sign that the availability of Hong Kong's car parking space is very unevenly matched for the number of cars requiring parking space. In Hong Kong, land for the provision of any property development comes at a premium, and developing real estate for car parks is no different. Some may say that most vehicles don't require all that much space. While true, what people tend to forget is that, in most cases, more than just one parking space per vehicle is required - most vehicles normally require space at both at the home as well as at the destination unless it’s not moving (i.e. in storage).

Why is there a struggle to meet the demand for car parks in Hong Kong?

Since 2014, the town planning department of Hong Kong has tightened the provision of private car parks while the priority of new building developments has shifted towards residential and commercial development projects. As this shift in prioritisation takes place, it's not uncommon for the number of car parking spaces in new building developments to decrease. Even in some redevelopment cases, there is no requirement in the land lease for the developer to build car parking spaces at all, so often developers simply opt not to provide them. To try and alleviate the demand for car park space in Hong Kong, the government has been trying to incentivise developers to build more car parking space. One such incentive is through Gross Floor Area (or GFA) concessions. i.e. encouraging developers to build their car parks in basements underneath the building below the ground.

When property developers build new real estate projects, they usually have a limit in terms of how much 'above the ground'; floor area their building development they are allowed to contain - this is called the Gross Floor Area. With new building developements, normally all planned residential, commercial and car parking space will get factored into its total GFA calculation. Some developers prefer that their GFA allocation for a building is made up of only residential or commercial floor space (or a combination of both). In a bid to encourage more developers to build needed car parking space in their buildings, the government is offering them a partial GFA exemption; in other words, the total car park floor space they develop won't get counted towards their overall GFA calculation...on one condition - providing the car parking space is built beneath their building, below the ground. This way, developers are able to maximise their allowable leasing area (GFA) and therefore the potential return on the property they develop and sell. So is underground car parking the answer to Hong Kong's parking space dilemma? Incentives like this sound good in theory - but sometimes it's not as straight forward and it appears as though not enough developers are taking up the concession offer to help ease the demand.

Why aren't all developers developing car park space, despite incentives from the government?

Sources from leading property development consultancies like JLL say that the cost of developing car parks underground is still considerably more expensive than building them above ground. Generally speaking, it’s more expensive to build most things underground. This is usually because, regardless of the project, an underground development needs to demonstrate that it can withstand the earth's pressure as well as other geotechnical and structural forces that may be at play and to ensure it is adequately protected from groundwater intrusion and the like. Inevitably, challenging and complex underground projects like this will prolong the development period and make it uneconomical for developers. If the government is serious about encouraging private developers to provide the market with the car parks that it needs, they may need to rethink their incentive schemes. The bigger the issue becomes, the government may look to more unorthodox ways to curb the problem.

Alternatives for addressing the space issue could include dis-incentivising private car adoption in an effort to limit car growth. For example, the government could simply make cars more expensive so as to deter new private vehicles adoption and therefore alleviate the demand for car parking space. Or another novel approach could be borrowed from Tokyo, which has a law requiring a car buyer to produce a parking space 'certificate of availability'. In other words, a new car buyer must provide evidence that there is available car parking space within two kilometres of their place of residence before the purchase can proceed. By managing the rate of new car adoption, city planning departments are more likely to contain the issue of the lack of car parking space, while at the same time, potentially solving another problem.

Increased vehicle congestion in cities is another by-product of not just a lack of sufficient transport infrastructure, but also limited car parking space and this cannot be ignored. As more vehicles appear on Hong Kong's streets, the more you will find drivers circling inner city blocks looking for spaces to become available, or private drivers of chauffeur-driven businessmen and women who will often park on yellow lines waiting for their bosses to appear from lunches and meetings. Such driving and parking behaviour increases vehicle congestion and will continue to cause traffic headaches if not addressed. Aside from harsher penalties for those who park illegally, the government may look for other ways to reduce traffic in the worst affected areas such as the main CBD centres by introducing congestion charges. If congestion charges are introduced, it could mean that some buildings within these zones end up containing even fewer car parks which may sway more private car owners to consider switching to public transport. Until then, there many be little respite for vehicle owners and car park renters chasing that elusive space.

The increasingly difficult job of finding available car parking space is being seen by some tech companies as an opportunity to help provide a valuable service through leveraging car park data in novel ways. Parkopedia.hk is a growing database of thousands of car parks, street and metered parking and even private garages that allows customers to filter based on the type of vehicle, disabled car parking, height restrictions, electric charging bays and electronic payment options. Other start-ups like TingPark are trying to address the problem too. TingPark is aiming to utilise aggregated parking space information around the city of Hong Kong, allowing drivers to quickly find that elusive spot on the fly. However, some sources say that access to reliable 'live' data is still proving to be a challenge.

Considerations before applying for a loan

If you are considering investing in car parking space then know that, unlike residential investments, banks treat car parks like commercial or industrial investments where the amount you can typically borrow is around 40% - the rest you have to fund yourself. So make sure you do your research and seek advice from a reputable and authorised financial advisor who can help inform you about the risks involved. Other risks include a downturn in the the economy or the introduction of political initiatives that could disrupt the market in unexpected ways. In such cases, people may sell their cars or drive less frequently, and the need for parking spaces may diminish. If that happens, investment returns could suffer. Ms Dorothy Chow, a regional director of real estate firm JLL has been quoted saying "If the economy turns sour, what will you first to dispose of? It will not be your home, but your car".