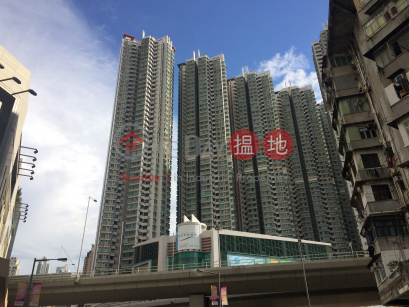 Tai Kok Tsui (大角嘴) is a mixed residential and industrial sub-district located in West Kowloon, near Mong Kok. The area has undergone some coastal reclamation and gentrification in recent years and as a result is becoming more popular, especially amongst expats who are being lured to Tai Kok Tsui from Hong Kong Island in search of more attractive residential rents, especially as it offers a quick and convenient commute to Central via MTR (around 22 minutes from Olympic Station). HSBC and Bank of China have some offices close to the MTR station at Olympic. There are a number of private housing estates in Tai Kok Tsui, including Island Harbour View, Central Park, Florient Rise, Harbour Green, One Silversea, Shining Heights, and The Hermitage.